Quick update. I'm shuttering Collected Cinema for the time being and will be moving on to a new blog focus solely on Batman Forever. Look out for it soon.

Posted by Jack Thursby at 2:28 AM No comments: 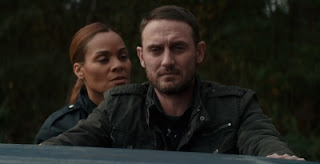 Josh Stewart plays John, a man who lives with his girlfriend in a remote house in the woods. He makes a living changing car license plates for a low rent drug smuggling operation and has plans to run away to Mexico when he gets enough money. However, he has one problem. His neighbour who it turns out is doing something equally illegal on his property.

5 things to love:
1. The escalating tension in the first act is great. I particularly liked the way the neighbour comes over uninvited with a couple of beers and proceeds to nicely warn them to stay out of his business. I love these types of scenes in the film where characters say one thing but very obviously mean another.

2. Once again Josh Stewart is great in the lead. His weather beaten face and near constant look of fatigue really fits the character well. I’ve got to check some more of his films out.

3. The lighting really stood out. Director Marcus Dunstan is clearly getting better and better with each film. He uses lots of very vibrant blue, pink and yellow lights to keep the picture visually arresting.

4. The use of the telescope was great. Obviously, not as good as Rear Window but I’m a sucker for films that have the hero forced to use binoculars or telescopes (Someone’s Watching Me, Body Double) because it makes them really vunerable and unable to stop events.

5. There’s a neat little visual cue that’s repeatedly used in the film where it cuts to Super 8 footage. I enjoyed this and thought it could have been used a little more, perhaps during the more tense scenes to make them scarier.

1 thing it did need:
More originality. As much as I still enjoyed the film – it’s very solid – it does feel like a variation on the same themes as The Collector and The Collection. Bad guy has to save people from REALLY bad guy. I’m happy that Dunstan and Melton have dropped a lot of their usual gore but the neighbour and his secret activities aren’t anywhere near as intriguing as the collector which is a shame as it loses a lot of tension in the last third. 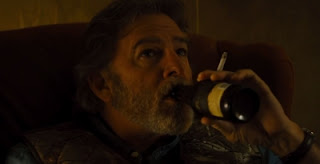 Other blogs you should really be reading

The goal of Collected Cinema is to sift through movies of the past and try and find the positives. So many reviews nowadays focus on ripping films apart, I'm trying to do the opposite. Every movie I watch - no matter how bad - gets 5 good points and 1 bad point. No star or number ratings here. I want everything to be on an even keel.